“To celebrate our loving Creator God through Christian Arts Festivals, accessible to those of any faith or of none, that showcase the diversity of the God-given creative talent of many.”

The Festivals encompass a range of artistic expression which encourage participants to explore the theme of creativity and the Christian faith.  Whilst the Festivals have a Christian impulse, they are open to all regardless of religion, race, gender, age or background and support interfaith and inter-denominational understanding.

The Charity presented an online Living Room Fest! in 2020 as a result of the pandemic and in-between lockdowns showcased the winners of the EDEN art competition in the Garden’s Gallery, Cheltenham.

The’ 3rd biennial Festival, was last held in April/May 2019 on the theme Encounters, included approx. 87 separate events presented in 44 different venues with more than 35 churches from across the town taking part.  It successfully built on the 1st and 2nd Festivals (2016 & 2017) and the one-day Festival of Stars in 2018 which took place in West Cheltenham.

Encounters 2019 provided 4 weeks of diverse music, visual art, comedy, film, drama and dance, with competitions, educational talks and creative workshops for both adults and children. Partners included schools, groups with physical and learning difficulties, e.g. The National Star College and Art Shape, the YMCA, families from disadvantaged areas, e.g. The Rock & Family Space, church and non-church goers, and encouraged attendance from those with a religious faith or none.

By involving local talent, a key ingredient of the Festivals’ success is their collaborative spirit: people coming together from Christian Churches of all denominations as they celebrate God and reach out into the communities around them. From Pentecostal worship to Byzantine Music and Iconography, Festival 2019 offered a feast of treasures as people came together to be entertained and discover more of Life in all its fullness.

Uplifting performances included Homegrown Worship (recording a live album); a Scratch Gospel Choir workshop culminating in a concert; The Sower, a new contemporary drama; and the winners of the Poetry Slam workshops, who performed together in a church at a comedy event.

Over 1,300 children from non-faith as well as faith schools attended events, workshops and 135 entered an art competition.  Schools based programmes included Riverside Performing Arts Company, who worked with around 200 pupils at St Marks Church of England Junior School for 5 days, culminating in performance for parents in church; and 4Front Theatre, who performed Fisherman’s Tail for 6 schools in a church setting.

The Sower: Encounters with Jesus was a Festival commissioned drama by a new writer, performed by an amateur community cast of 15, which told the story of Jesus in a fresh, contemporary format.  Performances were held at Balcarras Secondary School and at C3 in a church setting.

In excess of 800 people attended events with acts/speakers from outside Cheltenham.  Jonathan Viera’s reputation as a world-renowned opera singer guaranteed a good audience, as did Elim Sound.  Tom Price from the Centre of Apologetics in Oxford gave an illustrated talk on Tolkien, and internationally renowned artist PJ Crook MBE shared her 14-year journey to create a new altarpiece in Bishop’s Cleeve parish church.  The Festival also welcomed Bishop Michael Lewis, Archbishop-Primate of the Province of Jerusalem and the Lyra Singers from St. Petersburg.

Our music stream was hugely successful. Concerts abounded, ranging from Major Pipeworks showcasing the recorder; Christian Musicians’ Collective; Service with a Swing by Out of the Ashes who combined jazz, gospel and classic R’nB’ at a Sunday service; through to the Soul Sanctuary Gospel Choir as the finale.

Provision of 20+ individual workshops engaged up to 200 people in a creative activity, with at least 10 centred around faith-based themes. Workshops ranged from a week-long Icon Painting course with an iconographer from the Holy Land; iPad Music-making and Pyrography for children; to a practical workshop on Byzantine music and chanting.  As a result of the popularity of these creative activities, participants have subsequently joined art groups run locally in churches and other venues.

10 art exhibitions took place across Cheltenham and one in Gloucester, in galleries, in sacred and in community spaces. Exhibitions ran for 10 to 14 days and included entries for a schools’ art competition and an icon exhibition in a former village church.  The Charity provided new art hanging systems for the Festival and future use in 2 venues: a church community café and the YMCA.  The latter venue included ‘Raise the Roof,’ an art exhibition skills course open to the residents and wider community, which prepared them to curate an exhibition, display and talk about their work at an opening event, and opportunity to sell their work.

At least 15 different churches and other faith-based organisations across Cheltenham were represented on the Festival organising committee, enabling partnership working and access to venues throughout the town.  Due to the reputation of the Festival, community venues are as keen to host events as churches.

25 people from a mix of faith backgrounds engaged in an interfaith event, sharing their faith stories, at the Faith Space, University of Gloucestershire.

The Charity has continued to seek to raise its profile within the town, including social media.  Media interest has included regular Sunday live interviews on BBC Radio Gloucestershire.  The week before the Festival, different contributors were interviewed and took part in a quiz. Features appeared in Cotswold Life and the Methodist Arts Magazine.

The Trustees are enormously grateful to all the volunteers who give so generously of their time and expertise, and also the venues who were kind enough to allow us free use of their buildings for events. It is this generosity that allows us to keep costs to a minimum.

Our Festival of Stars was postponed  from June due to COVID and is provisionally to be rescheduled to take place on Sat 19 June 2021. Thinking on our feet, in May/June 2020, we presented LIVING ROOM FEST! instead.

An online celebration of music and the arts with streams for grown ups and under 12s with 30 contributors including Singer-Songwriters, Gospel Choirs, Comedians, Visual Artists, Science Magician and Theatre Companies.  There were over 2,300 views and we raised £3,000 through a Crowdfunder page for our contributors facing uncertain futures with many cancelled tours, performances and exhibitions 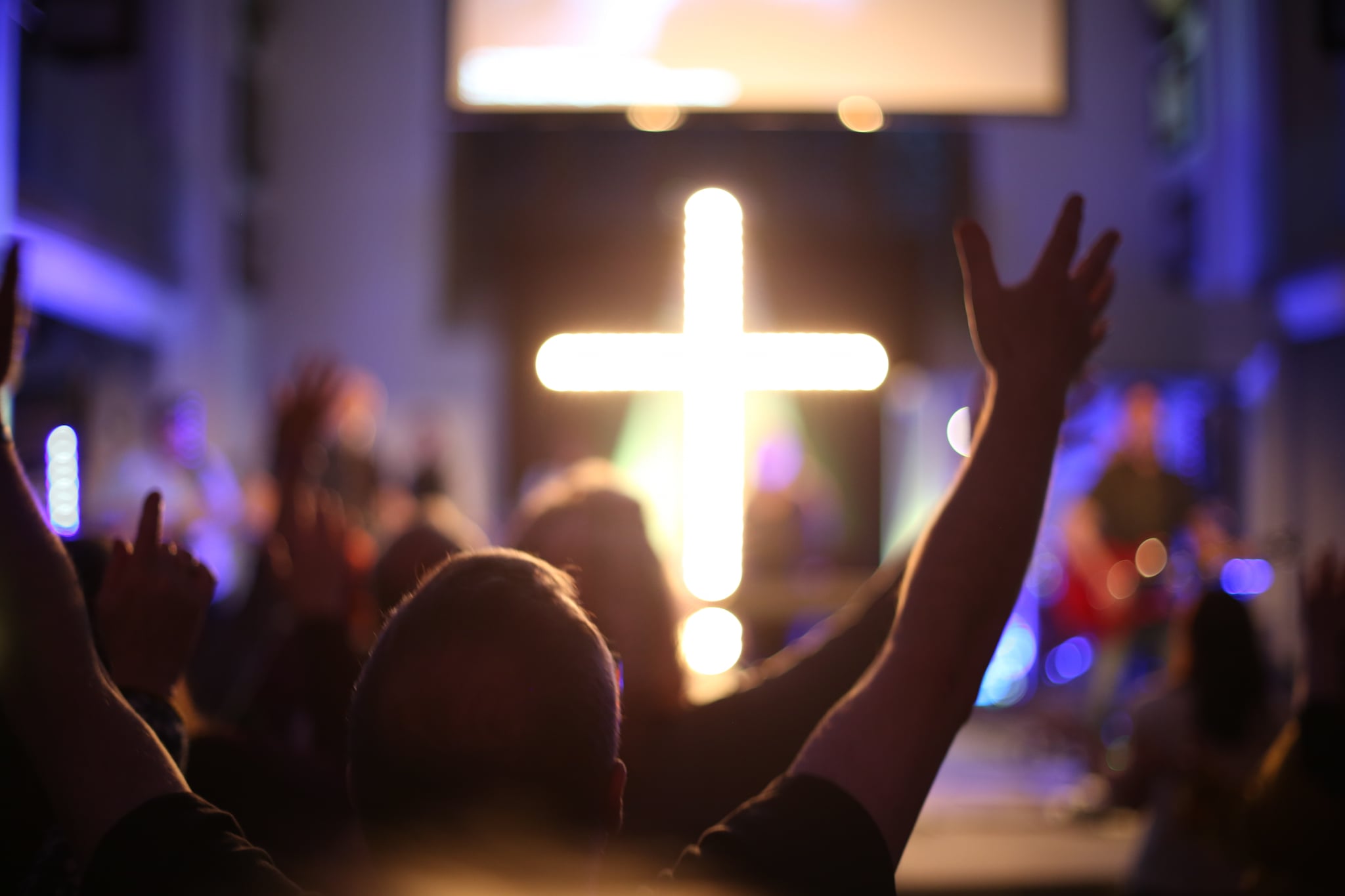 Festival Feast and the Future
23 April – 12 May 2019
Feast your eyes on the many Encounters!!
The joy of life in all its fullness through
Music, Art, Comedy, Drama, Dance and Film

Thank you to everyone who supported us with sponsorship, hosting events, performing, painting, leading workshops, stewarding, refreshments, driving, brochure distribution, donations, buying tickets, leaving comments and telling friends and neighbours about the Festival.

So we can  provide even better festivals in the future, do send us feedback of your encounters during the festival – nikki@christianartsfestival.org 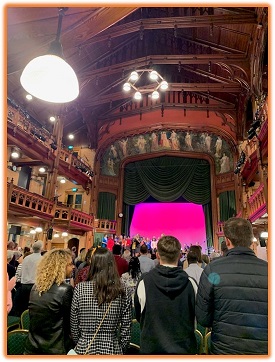 ‘Wow! What an evening! Thank you so much for inviting me along to such a fabulous concert. I really enjoyed the performance. Congratulations on a hugely successful event! ‘ Alex Chalk MP 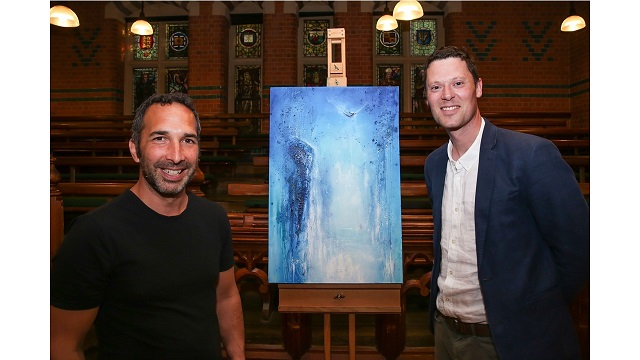 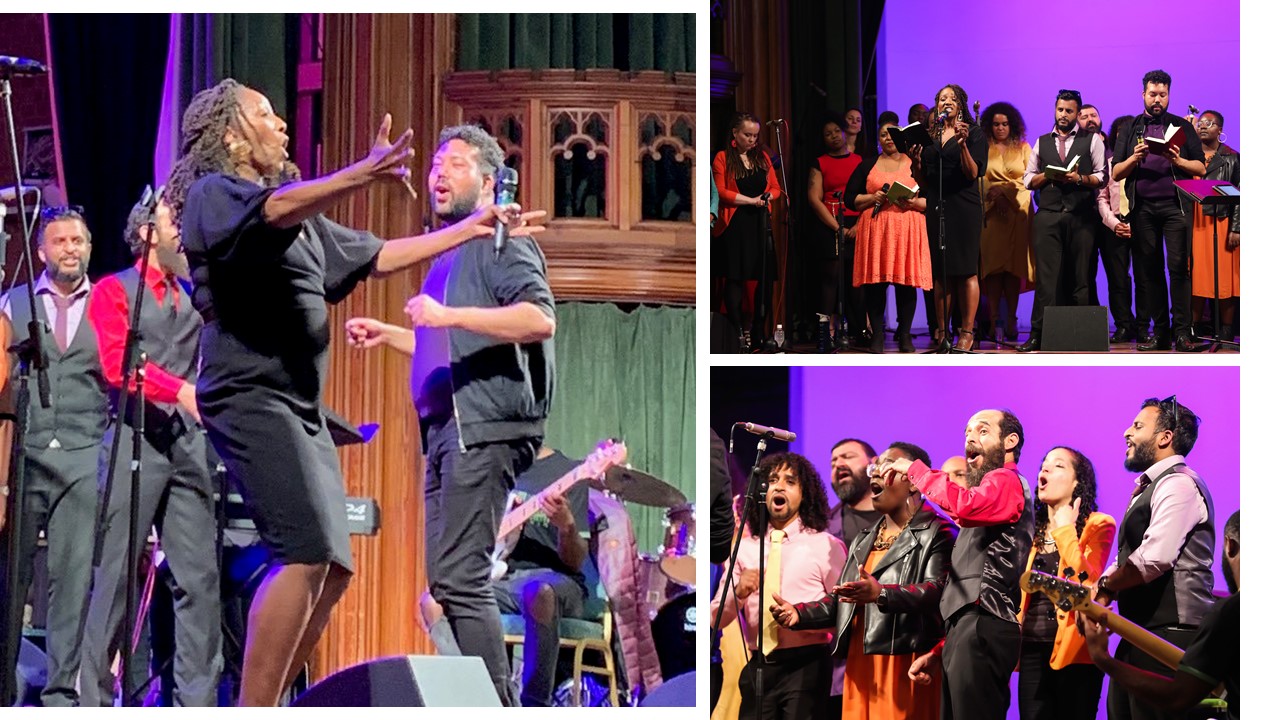 Extremely popular up-beat Worship Concert thrilling for all attendees – witnessing prophetic art also and young people got the opportunity to take up a paint brush and make their own mark. 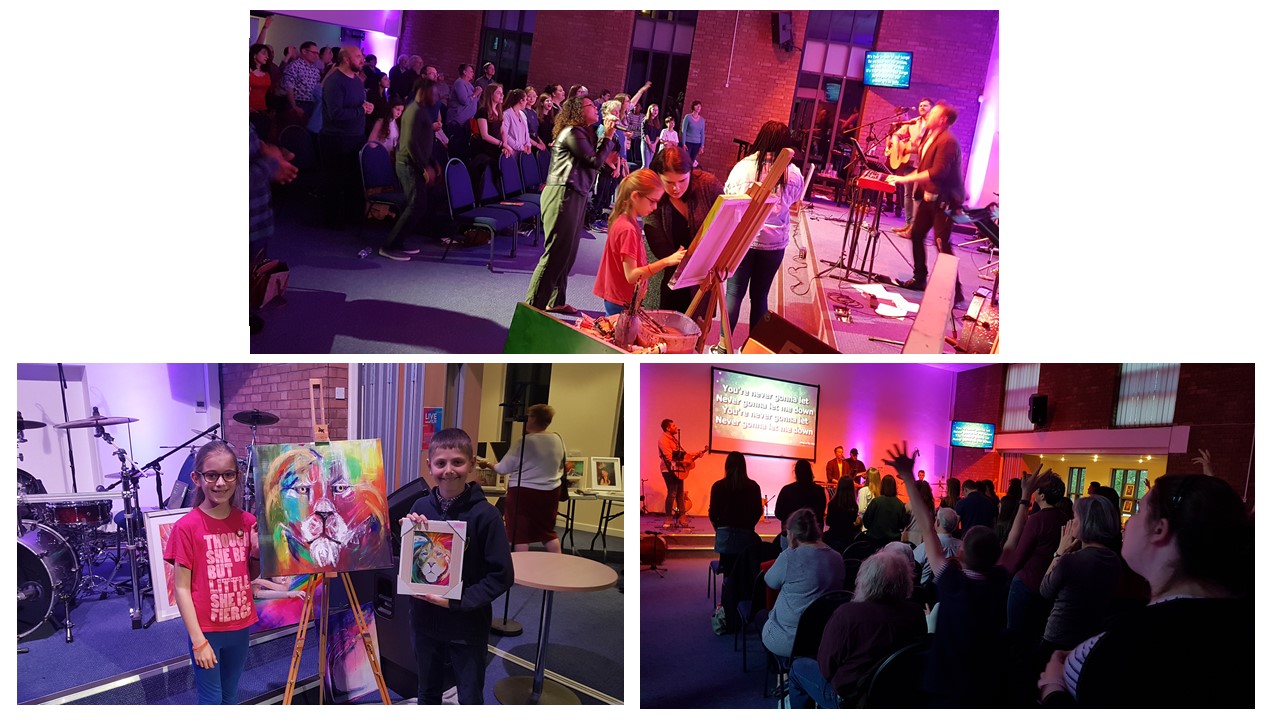 The Sermon Slam was won by Paul Chesworth in 2019 – the calibre of entries gets better every year since it’s inauguration in 2016 – an event not to be missed in the future.  BBC Presenter Richard Atkins is still hoping to win!

Bishop Rachel welcomed Bishop Michael Lewis from Jerusalem and designate for the Middle East for his thought-provoking event ‘No Abiding City.’
. 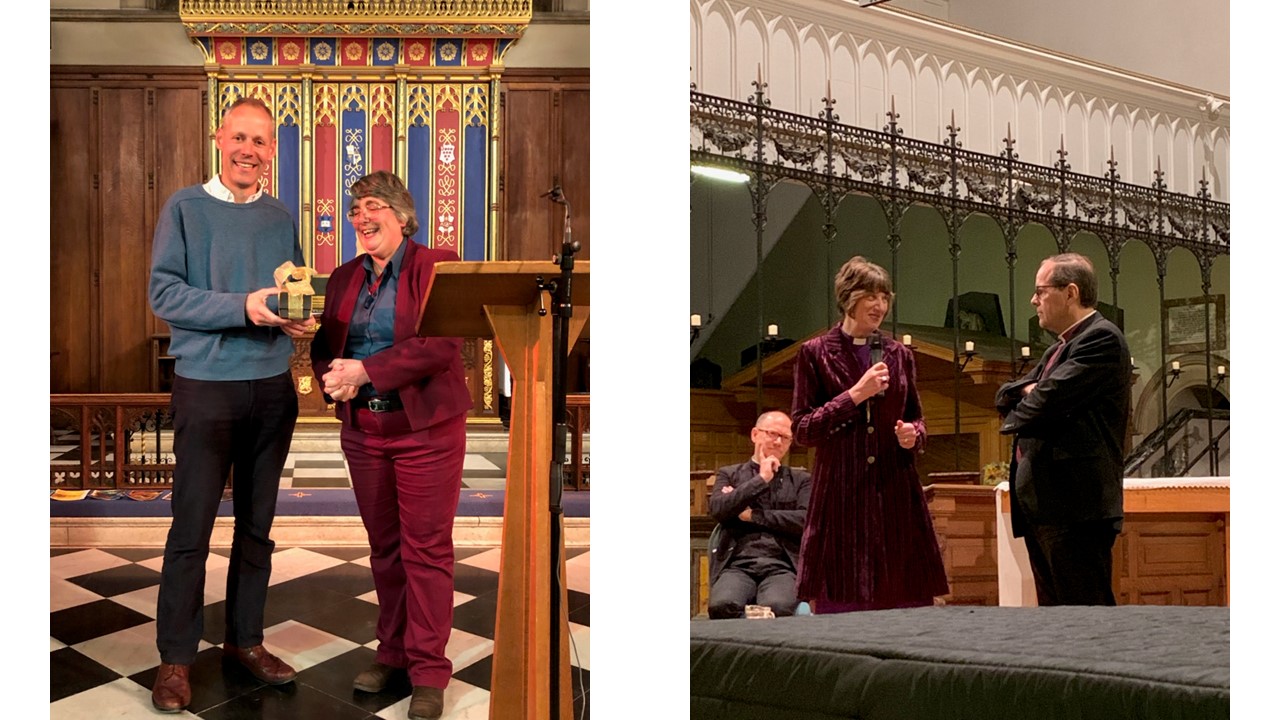 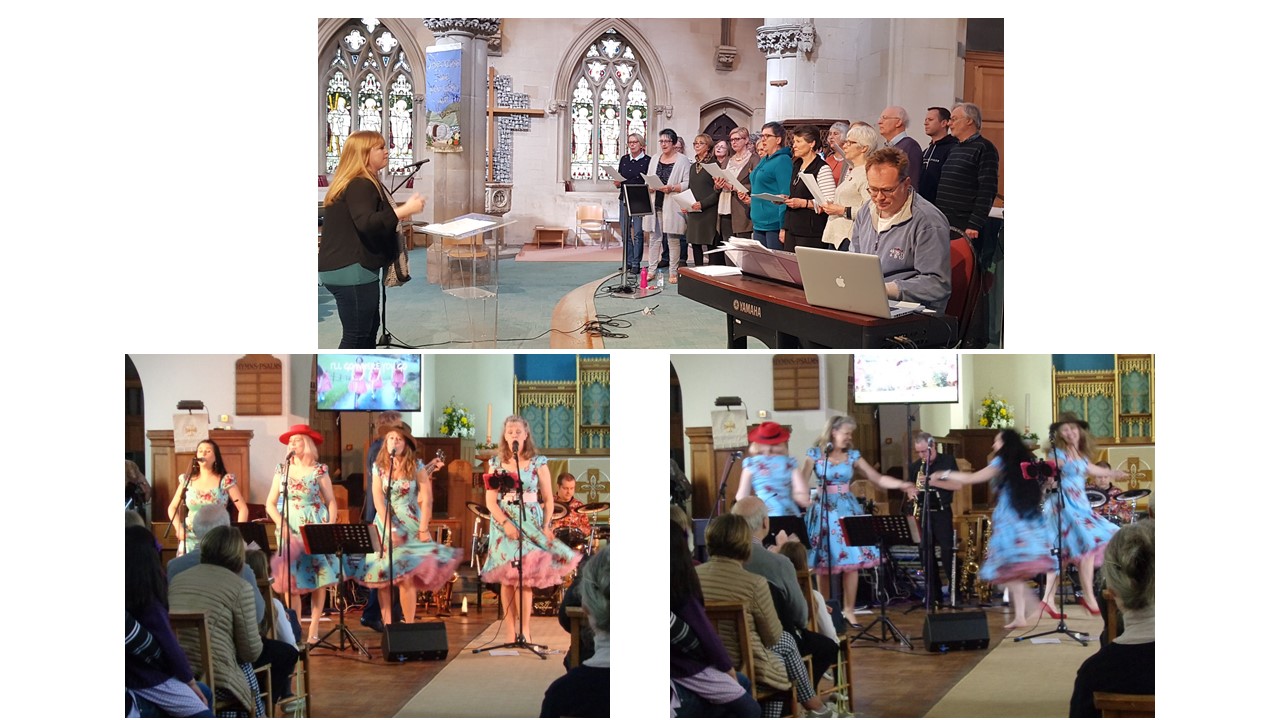 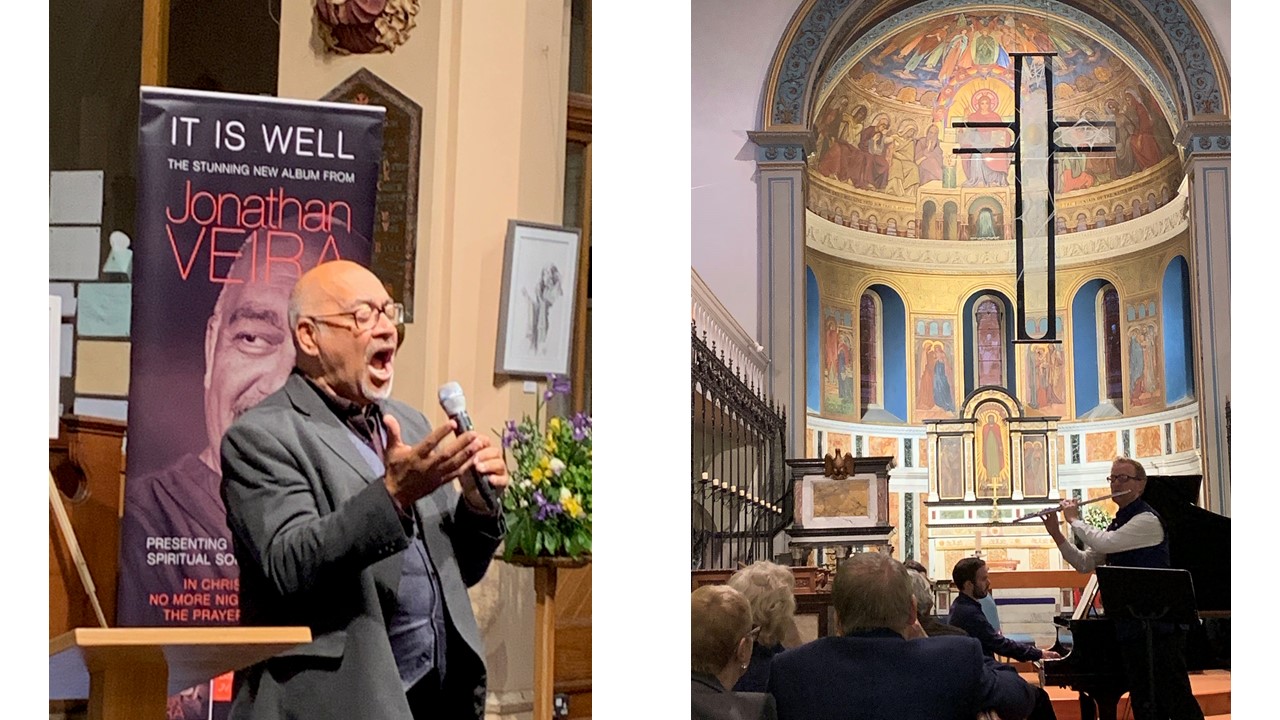 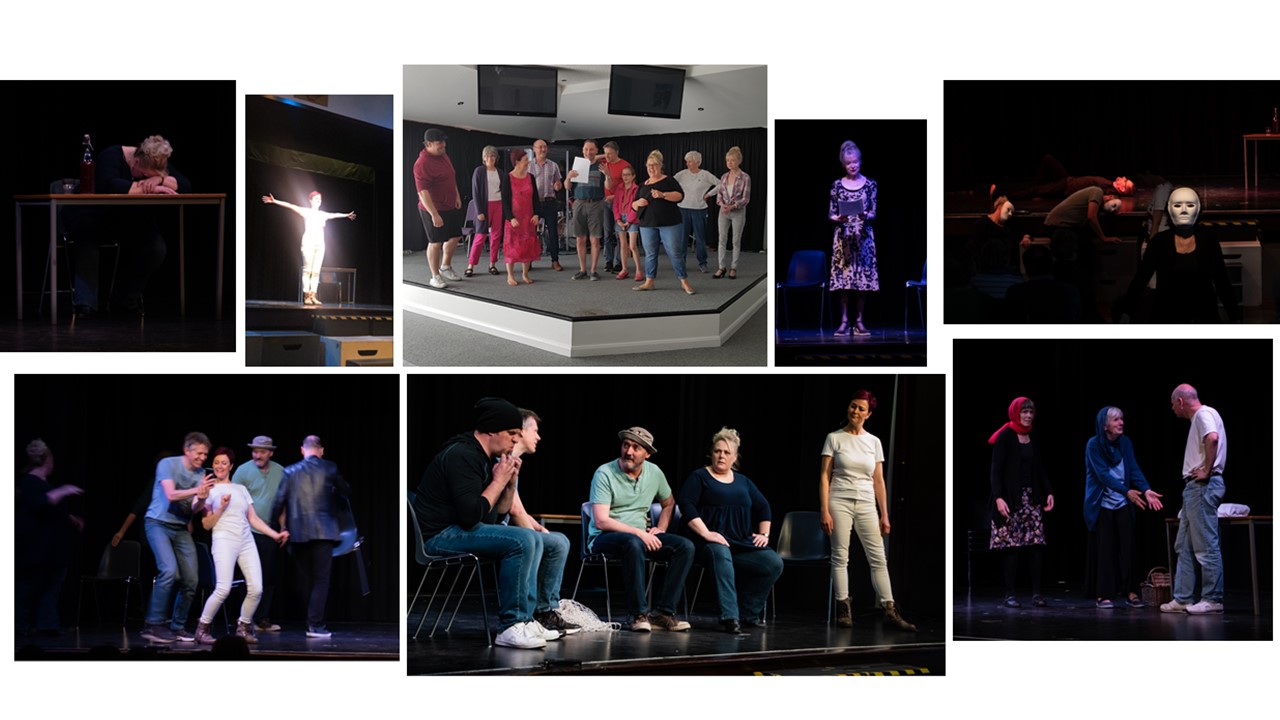 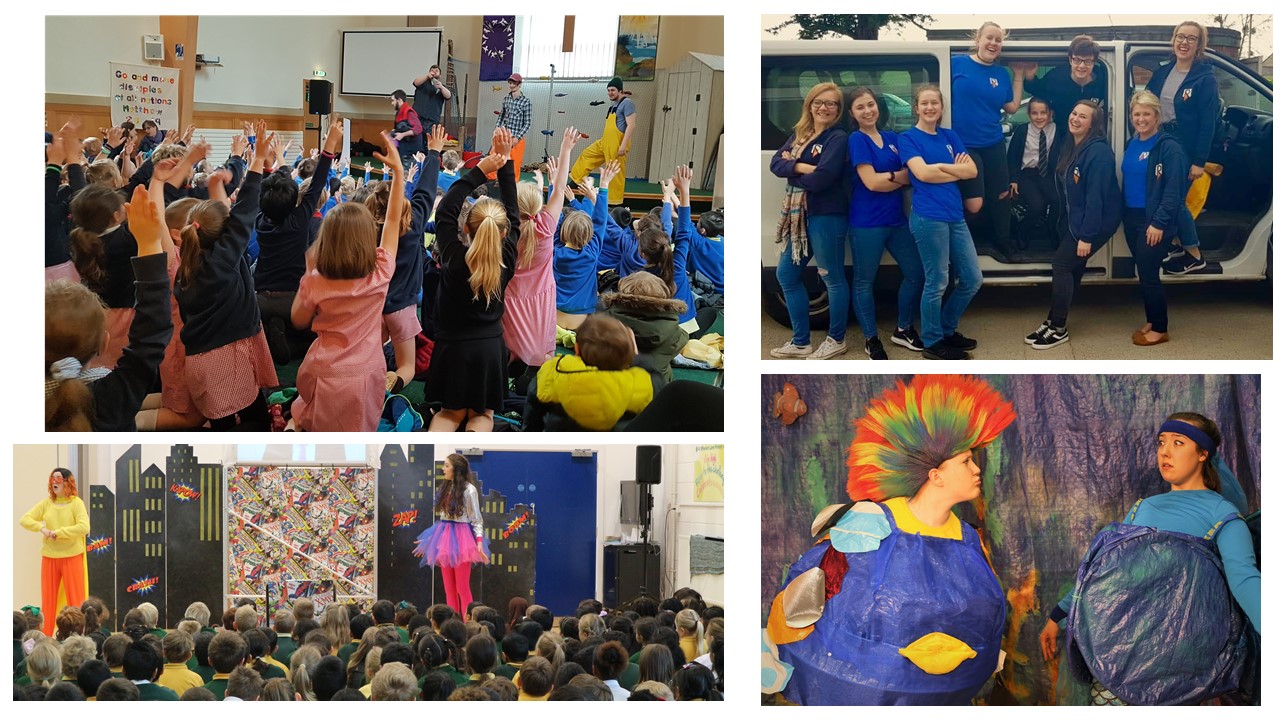 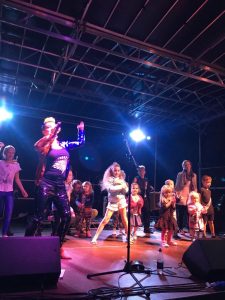 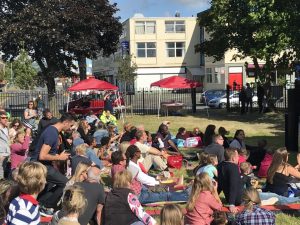 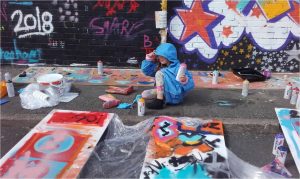 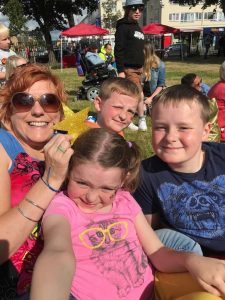 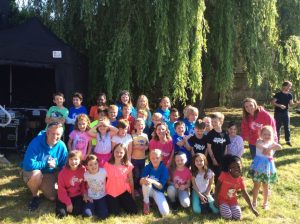 The LIVE open air Music and Comedy Festival invited the whole community to take part with an Open the Mic Competition, #StarFest of the Day, iSingPOP with Christ Church School, Tom Elliott Comedian and Magician, Out of the Ashes, Gloucester Gospel Choir, The Hawthorns and  a Graffiti Wall workshop for young people.  The headline act The Strays invited children and young people at the end of their set to dance with them on stage under the stars.  For some, making memories of their 1st Festival when they performed on stage may well inspire them to perform in the future!  Little residents from neighbouring houses were seen peeking through their curtains to take a look itching to take part !