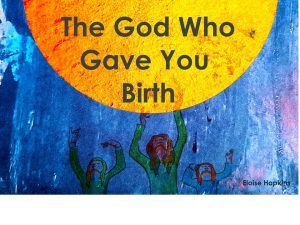 “As an artist I make use of mixed media techniques to explore memory, faith and female energy, with a particular interest in the concept of ‘the Long Now’. I use strong lines alongside the suggested and unseen, making use of shadow and silhouette.  I am fascinated by the concept of really ‘seeing’ something. It’s a privilege that few of us allow ourselves. I am drawn to art that shows beauty (in the ordinary and mundane), and that which tells stories.  I’ve recently published a book called ‘The God Who Gave You Birth’ illustrating the female imagery for God found in the Bible and church history.” 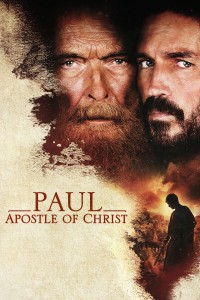 Paul awaits his execution.  Once he was the high-ranking and brutal killer of Christians.  Now his faith rattles Rome.  Luke the Physician risks visiting the aged Paul in prison to smuggle out Paul’s letters to the growing community of believers.  Amid Nero’s inhuman persecution, these men and women will spread the Gospel of Jesus Christ and change the world.

Lion (PG)
Five year old Saroo gets lost on a train and end up alone in Kolkata thousands of miles from his family before being adopted by an Ausralian couple.  Twenty-five years later, armed with only a handful of memories, determination and Google Earth, he sets out to find his lost family and finally returns to his first Home.